Honda and Acura have recently been found to have a vulnerability that allows an attacker to remote start the engine and unlock your car from a nearby distance using a ‘replay attack.’

It involves taking control of the remote keyless entry system of your car by capturing RF signals sent from your key fob to it. Some Honda owners may be able to protect themselves against this attack, according to researchers.

Older Honda models remain unfixed in most instances, according to researchers. And this vulnerability has been discovered by computer scientists:-

An adversary can remotely unlock and start some Honda and Acura car models using a vulnerability disclosed by several researchers. Here the cybersecurity analysts tracked the vulnerability as:-

It’s a MitM attack in which an attacker intercepts the RF signals from a remote key fob to manipulate the signals, and at last, re-sends the signals to unlock the car at a later time.

Moreover, the researchers filmed a video showing the flaw’s remote engine start functionality. However, the exploit code has not yet been shared, nor have technical details or proof-of-concept details been provided.

The vehicles affected by this vulnerability primarily include the models from 2016-2020:-

In the event of a successful exploit, the captured commands could also be manipulated and re-transmitted in order to achieve a completely different result.

Here below we have also mentioned all the tools that are used:-

Here below we have mentioned all the mitigations recommended by the experts.

News: Nation-State Cyber-Attack Tools Enter Black Market, With Rise In Ransomware As A Service Cyber-attacks are on the rise globally,…

News: Protecting patients from ransomware attacks The healthcare systems have been at the heart of societal and economic recovery in…

News:Power transmission: Punjab among 8 states targeted by Chinese hackers in past month

News: Power transmission: Punjab among 8 states targeted by Chinese hackers in past month From last week of February to… 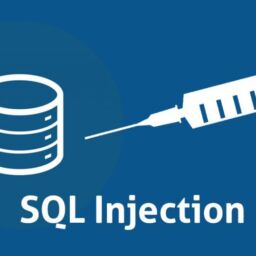 Injection Vulnerability | Owasp juicy shop Introduction: This is the official companion guide to the OWASP Juice Shop application. Being a web…

News: Awareness on cyber attacks low among many firms

Awareness on cyber attacks low among many firms In 2021, when the world was reeling under the pandemic, about 60…

News: Lapsus$ hacking group: Seven, including 16-year-old from Oxford, arrested in UK Seven teenagers have been arrested by the London…